Learn about inspirational scientists from across history.

John Edmonstone practiced and taught taxidermy to University students including Charles Darwin, who learnt skills from him that were indispensable during his voyage aboard H.M.S. Beagle in 1831.

John Edmonstone was born into slavery in the late 1700’s on a plantation in Guyana owned by the Scottish politician, Charles Edmonstone. When Charles’ future son-in-law and naturalist Charles Waterton was invited to visit the plantation, John was assigned as his assistant on expeditions into the surrounding rainforests. Bird specimens the pair collected had to be preserved quickly to avoid rotting, so Waterton taught John taxidermic preservation. During these expeditions, John also gained immense knowledge of South America’s diverse flora and fauna. Their trips together are documented in Waterton’s novel ‘Wanderings in South America’.

When John travelled to Glasgow with Charles Edmonstone he gained his freedom and moved to Edinburgh to begin his new independent life. There he worked as a taxidermist for the Natural Museum and taught taxidermy skills to students at the University of Edinburgh.

One of his students was a 17-year old Charles Darwin. For one guinea a week (around £125 today), Darwin hired John for 40 weeks of daily lessons in taxidermy. In these lessons John educated Darwin in the taxidermy techniques he would later use to preserve the finches he collected from the Galapagos Islands which in turn led him to develop his ‘Theory of Evolution’. In his memoir, Darwin also recalls enjoying their hours of inspiring conversations together and describes John as a man of high intellect. After Darwin shared his interest in Waterton’s novel ‘Wanderings in South America’, John recounted his experience on the expeditions in his homeland. One can imagine how this sparked Darwin’s imagination, and it’s unlikely to be coincidence that soon after Darwin graduated, he set off on his voyages aboard the HMS Beagle to chart the South American coastline and see the region and wildlife which John had spoken about.

African-American chemist who was a pioneer in the extraction of hormones from plant sources. 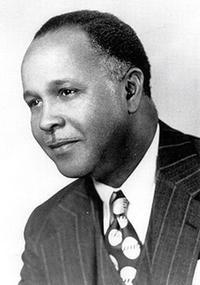 Percy Julian was born in Montgomery, Alabama and grew up during a time of racial tension and humiliating discrimination. Percy and his siblings were encouraged and supported in their education by his well-qualified parents. He attended DePauw University in Greencastle, Indiana and graduated with Phi Beta Kappa in 1920. He later attended Harvard but forced to leave he completed his doctorate at the University of Vienna in 1931. He held teaching posts at Howard University, Washington DC and later at DePauw. In 1935 with his former Vienna colleague, Josef Pikl he completed the first isolation of physostigmine which was used later in the treatment of glaucoma and certain neurological disorders.

In the same year he was appointed research director of Glidden Soya Products Division in Chicago and supervised the construction of the world’s first plant for the production of soy protein by a process he developed and patented. This replaced expensive milk casein in processes, such as paper, glue and water-based paint production. Soy protein was also used to develop a firefighting foam used in World War 2, saving many lives aboard ships.

In 1940 Julian began the large-scale production of steroid hormones, progesterone, oestrogens and testosterone from plant sterols isolated from soy bean oil by a foam technique he invented. This significantly reduced production costs and these hormones were used to treat significant clinical deficiencies during the 1940’s. In 1949 he developed a new synthesis for Compound S, 11-deoxycortisol, from soybean oil sterol, stigmasterol which could be used to economically produce cortisone and hydrocortisone.

In 1953 Julian founded his own research company in Chicago which remained viable in hormone production despite intense commercial competition from large US multinational companies. He sold the company in 1961 and formed the non-profit Julian Research Institute, Franklin Park, Illinois and Mexico City in 1964 and was consultant to Smith, Kline & French, Upjohn and Ciba. He was elected to the National Academy of Sciences in 1973 and held many honorary degrees. 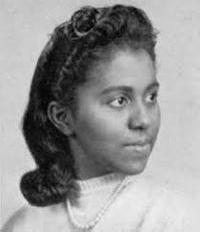 Marie was born in the Corona district of Queens, New York City and showed an early interest in science through reading and influenced by her father who attended Cornell University to study chemistry but for financial reasons was unable to complete the course.

Marie attended Hunter College High School in Manhattan and later Queens College where she gained a BSc in chemistry with honours in 1942, followed by MSc the following year at New York University. Marie taught at Queens College before entry to Columbia University in 1944 and obtained her PhD. in 1947 with a doctoral thesis on the catalytic action of pancreatic amylase on corn starch.

Marie taught physical science at Howard University, Washington DC for two years then gained a grant from the American Cancer Society for a post at the Rockefeller Institute, New York in 1948. In a research team, with her colleague Alfred Minsky studied cell composition and nuclear function, the molecular basis of protein synthesis and the primary structure of nuclear histones and the structure of the nucleotide bases, pyrimidines and purines. Their research was acknowledged in James Watson 1962 Nobel acceptance speech.
In 1955 she taught biochemistry and performed research at the medical faculty, Columbia University and with Quentin B Deming performed significant studies linking high blood pressure and serum cholesterol in laboratory rats, the association of cholesterol with arteriosclerosis and effects of smoking on heart and lung function.

In 1960 Marie was associate professor of biochemistry at the Albert Einstein College of Medicine at Yeshiva University, New York. Marie married Vincent Clark in 1961.

Her later studies focussed on the role of creatine in cultured muscle cells. She gained a full professor in 1971 working there until her retirement in 1986.

Indian American biochemist who shared the 1968 Nobel Prize in Physiology & Medicine, with Marshall Nirenberg and Robert Holley, for his studies on understanding the role of nucleotides in protein synthesis.

Khorana was born in Raipur, Punjab in British India (now Pakistan) the youngest of five children and was encouraged and supported in his education by his parents, despite their financial difficulties. He attended D.A.V High school in West Punjab and entered Punjab University in Lahore to study biochemistry and obtained BSc in 1943 and MSc in 1945, both with honours. He was granted a travelling fellowship by the Indian Government and studied for his doctorate at Liverpool University, England which he completed in 1948. He travelled again to study in Zurich Switzerland guided by Nobel laureate, Vladimir Prelog who influenced his future research and married Esther Sibler in 1952. Returning to the UK he spent two years at Cambridge University on a fellowship with research on peptides and nucleotides. In 1952 Khorana and his family moved to Vancouver with the British Columbia Research Council and continued his studies on nucleic acids and phosphate esters.

In 1960 he accepted a position at the Institute of Enzyme Research at Wisconsin University at Madison and became the Conrad A Elvehjem professor of life sciences in 1964. With his expertise in polynucleotide synthesis along with his colleagues helped to confirm the concept of the genetic code which dictates the assembly of amino acids to form specific proteins. He adopted US citizenship in 1966.

In 1970 Khorana’s laboratory performed the first artificial synthesis of a gene for yeast which was an important step in future genetic research. In this and subsequent years he had visiting professor roles at Massachusetts Institute of Technology and Cornell University.

African American biochemist who with her husband George performed research on the quality of food nutrition, and the biochemical and immunological effects of irradiation with pioneer animal studies on the efficacy of bone marrow transplantation following irradiation. 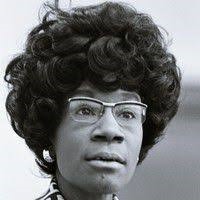 Gladys Williams was born in Dallas, Texas in 1926 and obtained a BSc in biochemistry at Dillard University, New Orleons, Louisiana in 1944. She married George C Royal in 1947 and moved with him to Tuskegee University, Alabama where he taught microbiology and then to Ohio State University. Gladys gained a MSc at Tuskegee and later her doctorate at Ohio in 1954. Gladys was appointed professor of biochemistry and her husband a similar post in microbiology at North Carolina Agricultural and Technical college in Greensboro, NC. During the late 1950’s and early 1960’s, notably with a grant from the US Atomic Energy Commission in 1962 performed research on animal bone marrow transplants to treat radiation exposure. Their work was presented at international conferences in Washington, DC and Paris.
From 1964 continued her major research interest in food flavours notably in poultry and in 1965 was appointed research biochemist by the US Department of Agriculture in the evaluation of the requirements of human nutrition and research and she was a member of the task forces reporting their consensus findings in 1967 and 1975.

African American entomologist who became an international specialist adviser in pest control, based at University of California, Berkeley(UC, Berkeley), USA. 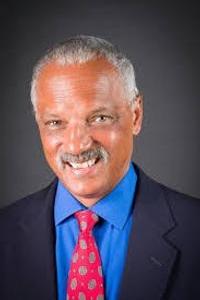 Vernard Richard Lewis was born in Minneapolis, Minnesota in 1951, the eldest of ten children and
developed an early interest in insects of many kinds while staying with his grandparents in Fresno, California. He completed middle and high school in Minnesota but to improve low grades he moved to stay with his aunt in Oakland, California to attend Laney Community College to improving his grades in science and mathematics. His interests in insect life were promoted by biology field trips and staff encouragement.

Through hard work and determination, he gained a scholarship to enrol at UC, Berkeley and gained a BSc in Agricultural Sciences in 1975 and in continued studies MSc in entomology in 1979. Subsequently Lewis founded his own pest management company, IPM Systems and in 1982 at the invitation of San Quentin State Prison attended to exterminate bed bugs and cockroaches there and was appointed Vector control coordinator for the prison in 1986 for a two-year period. In 1987 he was offered a postdoctoral fellowship in entomology at UC, Berkeley and in 1989 completed his Ph.D. in entomology.

In 1991 he was appointed at UC, Berkeley as Cooperative Extension Specialist in entomology at the Department of Environment Science, Policy and Management. This included research and outreach but also a state-wide responsibility for household and structural pests, including termites, ants and bed bugs. In 1993 he designed a special facility apply named ‘Villa Termiti’, six miles north of the campus to study, detect and control drywood termites.

During his career Lewis visited over thirty countries to give presentations and perform research and was a member of the UN Global Termite Group in 2000.

American biologist noted for her active promotion of Science, Technology, Engineering and Mathematics (STEM) to the general public and minority communities, and her research into rodent behaviour.

Lee was born in South Memphis, Tennessee and obtained BSc in biology at Tennessee Technological University in 1996, followed by MSc biology in 2000 at University of Memphis with a treatise on the olfactory behaviour of meadow voles. This led to a greater and continued interest in small rural and urban rodents. Danielle has used social media extensively to describe her experiences and understanding in her study of rodent behaviour and reproduction with regular scientific blogs between 2006-2011 as ‘Urban Animal Adventures’. During this period, she completed a Ph.D. in biology at the University of Missouri-St. Louis in 2010 with her thesis on understanding the behaviour patterns of prairie voles. In 2012 Lee travelled to and lived in Tanzania to study and research the behaviour of giant pouched rats (Cricetomys spp.) which have been used since 2000 to assist in the detection of land mines by smell to allow for deactivation and land reclamation. Between 2011-2016 Lee made regular contributions to the Scientific American blog as the ‘Urban Scientist’. One of her major aims is to try to connect with new generations of the minority scientific communities notably African Americans.

Danielle is currently Assistant professor of Biology at South Illinois University, Edwardsville with special interests including mammalogy and urban ecology. Her research interests include the ways in which ecology and evolutionary factors contribute to the behaviour of animals.