WHO KNOWS WHAT YOU COULD DISCOVER?

The core principle of basic research is ‘knowledge for knowledge’s sake’, that is, the idea that simply knowing something is of benefit. Basic research is central to developing our understanding of the universe, which may not have a direct benefit to society. However, there is a whole suite of examples where basic research has revolutionised our lives.

Many funders these days ask researchers to write an impact statement, requiring a researcher to try to imagine what their research could lead to. However, not all research starts with a grand plan to revolutionise an area. This article aims to highlight how recent examples of revolutionary technology have their roots in basic research.

The discovery of penicillin in 1928, when Alexander Fleming accidentally grew some mould in a petri dish whilst he was on holiday, led to the first known antibiotic upon which modern medicine depends.1 In 1957, George de Mestral developed Velcro after observing a hook and loop interaction from cockleburs seeds in his dog’s fur.2 One of the largest unintended impacts on our society was the space race, when the USA and Soviet Union poured billions into developing rockets. This led to the development of LED lights, satellite navigation, cordless tools, scratch-resistant glass,3 and many more inventions that are now ubiquitous in everyday life. Whilst these are definitive examples demonstrating the power of basic research, they happened many decades ago.

From Basic Research to the Foundations of Biology

The structure of DNA was discovered in 1953 by James Watson, Francis Crick, Rosalind Franklin, and Maurice Wilkins, during what was purely basic research.4 This pioneering step would eventually lead to the development of genetics. Another pioneering step in genetics was back in 2003, when President Clinton announced the completion of the first survey of the human genome, which was 10 years in the making.5 This project cost $3 billion and was very much exploratory in nature, with no specific end-goal other than to map and understand the human genome.

Two decades later, this academic endeavour has resulted in a genetics revolution, where such technologies as next-generation sequencing can sequence a person’s genome for an affordable price ($300 as of 2020) to aid in medical diagnosis, gene therapies, and personalised medicine, to explore ancestry, and to provide evidence for criminal investigations, all of which are now standard practice.6 Furthermore, the better understanding of genetics that has arisen through the Human Genome Project has led to technology that allows scientists to remove undesirable DNA sequences which cause disease and to create crops that are more resistant to drought.

In 2020, the Nobel Prize for Chemistry was awarded to Emmanuelle Charpentier (Max Planck Institute for Infection Biology, Germany) and Jennifer Doudna (University of California Berkeley, USA) for their work on CRISPR-Cas9,7 which is now widely used to edit DNA via ‘molecular scissors’. Only 8 years earlier, Emmanuelle and Jennifer had published a peer-reviewed paper in Science on the basic principles of exploiting a bacteria’s natural defence mechanism, the Cas9 protein, to modify a specific region of DNA by cutting or pasting a new sequence.8 This ‘cut-and-paste’ technique is currently going through a range of clinical trials that could cure diseases such as sickle cell anaemia and cystic fibrosis, and it is one of the most commonly used tools in any molecular biologist’s laboratory.

Recently, the enhanced understanding of genetics has led to mRNA vaccines such as Comirnaty (Pfizer-BioNTech) and Spikevax (Moderna), which have saved numerous lives during the COVID-19 pandemic. In 2021, global sales of these vaccines topped $300 billion, up $285 billion from 2019.9 mRNA vaccines teach our immune systems to recognise various proteins on a virus’s coat that come into contact with a cell in order to infect it. mRNA vaccines provoke a stronger immune response that is more able to protect against mutations, and they are more efficient and cost-effective to produce than traditional vaccines that use weakened virus material.10, 11 For instance, COVID-19 was first identified on 31st December 2019, within 5 days the genome sequence had been mapped, and 63 days later the mRNA vaccine was in early-stage clinical trials. Traditional vaccines would take 10–15 years to get to a similar level.10

The most challenging aspect of mRNA vaccine research is to get the vaccine into the body. This development took 30 years to figure out. In 1987, Robert Malone undertook what would become a landmark study that demonstrated how to get mRNA into a cell.11 Malone mixed strands of mRNA with droplets of fat, and then bathed human cells in this mixture. He discovered that these cells could absorb and integrate the genetic material from this mRNA.

Evolution has been driving life on Earth for 3.5 billion years. Since then, countless species have adapted to their niches. By studying these adaptations, researchers have developed new technologies or improved existing ones.

Bullet trains and the kingfisher

When the first bullet train was launched in 1964, it revolutionised transport in Japan. Typical speeds had increased from 200 km/h to 350 km/h. However, when trains reached their maximum speed, a loud booming was heard that caused a significant noise nuisance to many people. After struggling to understand the sound issue, the Japan Railways Group sought help. The problem was solved by a Japanese engineer, Eiji Nakatsu, who was also an avid birdwatcher. Nakatsu was intrigued by how the kingfisher did not make much of a splash when diving.12 After modelling, he discovered that the long beak of the kingfisher helped to make the bird more aerodynamic. Using these models, the loud booming sound from the bullet train was corrected by fitting them with a long ‘beak’.

In 2011, Hermann Wagner, who is a zoologist at Aachen University in Germany, used high-precision imaging to determine how owls fly so quietly. He found that feathers on the wings of owls are serrated, which reduces air vortices.13 Wagner demonstrated that adding micro-serrations on the wings of aeroplanes and the blades of fans reduces noise.

Gecko toepads and a new superglue

After decades of studying how gecko climb and cling onto surfaces, researchers from the University of Massachusetts determined that a gecko’s toepads contain millions of minute hairs.14 These hairs are able to conform to a range of different textures. Using this, researchers were able to develop a commercial superglue pad material that can hold up to 318 kg to glass.

In southwester Africa lives an inconspicuous beetle known as the Namib Desert beetle (Stenocara gracilipes). It is known for its remarkable ‘fog-basking’ behaviour, by which it harvests water directly from the desert air. After decades of research, Hunter King (University of Akron, Ohio, USA) discovered that the beetle’s body contains special micro-grooves and bumps, which help to condense water and funnel it to the bug’s mouth.15 Consequently, several companies leapt onto the idea of harvesting water from fog by using a micro-design similar to that of the Namib Desert beetle. These industrial fog harvesters are currently being tested.

Science seeks to understand the world we live in. Although studying an aspect of our world may not bring obvious benefits, it can have some unintended consequences, from revolutionising the foundations of biology to making enhanced superglues. 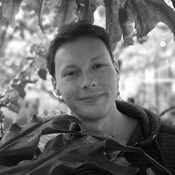 Promote your work in our SEB Autumn Magazine

The next VoYS workshop is being held on Friday 16 September 2022 at Heriot-Watt University, Edinburgh. Join us and find out how to make your voice heard in public debates about science. Apply for your free place by 15 August, 17:00.