An online event initiated by a dedicated group has taken Twitter by storm, forming a new community of Black botanists all over the world. In this article, we talk with two of its founding members: Dr Tanisha Williams and Professor Nokwanda (Nox) Makunga.

An online event initiated by a dedicated group has taken Twitter by storm, forming a new community of Black botanists all over the world. In this article, we talk with two of its founding members: Dr Tanisha Williams and Professor Nokwanda (Nox) Makunga.

During July 2020, an online event dubbed #BlackBotanistWeek took place. Originally conceived as a follow-up to #BlackBirdersWeek, its mission statement was to “promote, encourage, and create a safe space for Black people (and BIPOC) who love plants”. It soon exploded on Twitter, with over 40,000 likes on the first day alone, including posts from people sharing their appreciation for plants. The event was organised in sections so that each day was centred around a theme—plant interactions, BIPOC in nature, plant appreciation, and more. Beyond forming an online community of BIPOC who love plants, this event was pivotal in underscoring the contribution of Black botanists to science, highlighting plant-related legacies of Black people, and bringing attention to the misrepresentation of non-white groups in plant sciences. In this story, we talk with two of the founding members of #BlackBotanistWeek, Dr Tanisha Williams (Bucknell University, Pennsylvania, USA) and Professor Nokwanda (Nox) Makunga (Stellenbosch University, South Africa).

Tanisha Williams is a postdoctoral scholar, working on how biogeographic barriers affect gene flow in wild Australian legumes. She recalls how the initiative started: “It was the height of the pandemic, the height of the Black Lives Matter movement. I participated in the #BlackBirdersWeek online. I just loved that interaction. I felt so much joy because everything around me was bleak. Coming to the Internet and interacting with these beautiful Black people that loved nature, I wanted to create the same space for people who loved plants”. That inspired her to do a follow-up, only focusing it on botany and plants: “I sent out a tweet and asked ‘hey, is anyone interested in a Black botanist week?’ There was a committee of 11 of us that signed on.” 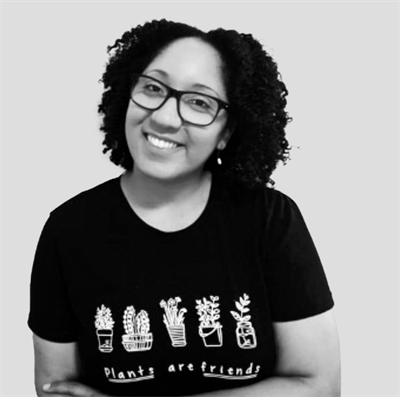 Nox Makunga works on metabolism, environmental interactions, and genetics of medicinal plants endemic to South Africa. About the birth of #BlackBotanistWeek, she recalls: “Tanisha initiated it. I met her at Rochester University in Minnesota. I was on a Fulbright scholarship for almost a year there, when the Botany 2020 conference was on. I thought, ‘I’m already here, it’s only a few hours away’.” She wanted to find other individuals participating in the conference and asked around on Twitter. “Tanisha sent me a DM saying, ‘I just saw you tweet, maybe we should get together’. I said ‘of course!’ We’ve been in contact with each other ever since.” They promptly formed a committee and started shaping the event. The timing of this initiative was not random. According to Tanisha, one of the reasons it caught on so well had to do with the rise of the Black Lives Matter movement after the murder of George Floyd during May 2020, coupled with the social isolation under the COVID-19 pandemic. 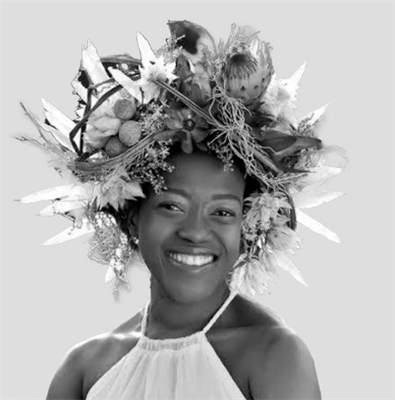 The need to find peers with a similar background was appealing for Nox. “Firstly, it’s very difficult to know who the Black botanists are, aside from the community of people that I know here in South Africa.” Another reason for her involvement is rooted in her personal history. As the daughter of a botanist, she was well immersed in this field from a young age. “When I was about five or six, the moment I could count to ten, I used to go to the lab with him. My first botanical experiments I suppose were actually spending time with my dad.” Had she been born to a different family, she might not have continued in this direction. It dawned on her that it was important to “inspire people who are maybe interested, who look like me, to be able to do this. In South Africa, if you go to schools that are in rural areas, townships, sometimes you walk into a group of kids and they have never met a Black scientist! As far as they are concerned, they see scientists as people who look like Einstein, because that’s the image that you see in cartoons or TV, that stereotype of a scientist that look like a crazy guy in a lab coat”. Tanisha agrees, and finds evidence for this within the threads. “There were younger users saying that seeing what you’ve done as a botanist has given them hope, so it’s really the representation, someone that looks like you, doing these things, saying ‘hey, if she did it then I can do it too!’ That really touched my heart, I cried at some of those tweets. This is what it’s all about, reaching people and making botany open and available for all.”

Both Tanisha and Nox confirm that they were pleasantly surprised with the turnout, both in terms of volume and diversity of participants, essentially broadening the dry definition of what a botanist actually is. Tanisha says, “We have a really nice view of what a botanist can be. It’s not only about having a PhD, that doesn’t make you a botanist. You can be one if you love your houseplants, children can be botanists, we just wanted to open up that field to everyone. Even during this week people were saying, ‘Oh, I’m not a botanist, but…’ and I was like, ‘Look at that garden, you’re a botanist!’ We really reached a diverse audience, which I’m really proud of.” When asked what resonated with her when reading the many posts and re-tweets, Tanisha says, “The first day, Black botanical legacy, a lot of people started to tweet about the history of Black people in botany. I learned about a number of botanists that I never knew existed.” Nox says, “Trying to create a space that’s more inclusive, willing to listen to different voices and amplify these... that was one of the successful things about #BlackBotanistWeek. So many people that are not necessarily Black botanists that were willing to amplify the voices of the community of BIPOC, it was very warm and embracing… I think the message had reached all corners of the world.”

This initiative undoubtedly sheds light on the misrepresentation of BIPOC in plant sciences. It was recently reported that while Black and Hispanic people currently represent approximately 30% of the working population in the USA, they comprise only 16% of the advanced manufacturing and 12% of the engineering workforces. Additionally, median wages for white US science, technology, engineering and mathematics (STEM) workers are $88,000 per year, compared to $75,000 for African American STEM workers.[1] Although the US STEM workforce has become more diverse over the past two decades, things are far from ideal at this point, especially for Black women. Earlier this year and in support of the Black Lives Matter movement, Black scientists raised their concerns regarding racial bias, exploitation, and discrimination in academia, under the hashtag #BlackIntheIvory.[2] This resulted in an organised strike in early June. Nox says that South African academia is “still largely dominated by white people. It’s about 2% Black female scientists, across all disciplines. I was the first Black member of the faculty of science in Stellenbosch, who happened to be female.” However, she believes we are in the midst of progression: “The South African government had invested a lot of money to try and encourage people to get a PhD. The issue is not necessarily that in universities you don’t see Black people—you do. Some universities are majority Black. The problem is the flow-through up until the PhD level; there’s a bottle neck somewhere.”

Another interesting notion raised during this week is the botanical legacies of Black people. In an article posted in The Virginian Pilot in response to #BlackBotanistWeek, Alissia Bunner wrote about the farming practices of Black slaves in the southern USA, often as an act of defiance towards plantations owners, to keep their culinary traditions and as a means to provide additional food.[3] Peanuts, okra, rice, and many more crops were appropriated and are now considered staples of the south but were in fact brought by slaves from Africa. These legacies are now being recognised and researched by a new wave of historians and anthropologists like Michael Twitty, who recently published a book (The Cooking Gene) about his journey to Senegal to trace his ancestors and study their culinary ways.4 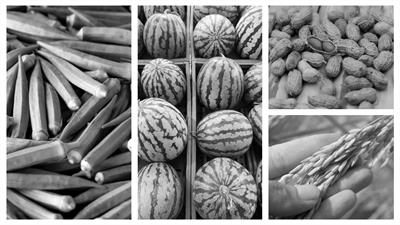 Examples of crops originating in Africa, now staples of southern US cuisine

Interestingly, Nox is doing similar work, albeit from a different angle. “I work a lot with a group of Rastafarian herbalists, who have mixed race ancestry, but their lineage is linked to the original peoples of South Africa, the Khoi-Khoi and San. These bush-doctors come from highly urbanised areas, but they break from the clutches of urbanisation by trying to go back to their roots. They say that they are bringing back cultures that were lost, decolonising the spaces that they work in by interacting with the plants of their ancestors.” Tanisha was similarly involved in a project centred around the use of Solanum plants on spiritual walks in Australia.

The conversation after this week is still going on. The echoes are lingering in the form of discussions, and the members of the committee wish to harness the momentum. Nox says, “We are thinking about starting an initiative where people can financially support Black students to go to conferences, workshops, cross-border collaborations”. The committee is also interested in scientific outreach: “We are very interested in working [i]with schools, cultivate this love from young”. Williams adds that the group is planning a lecture series later this year, about “Black botanical history, our own work. We got about 150 BIPOC that are interested in staying a part of this work, so we started a newsletter, and we are going to set up a funding source for young botanists, giving them hand lenses and field guides.” 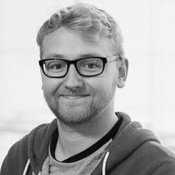