A Plant in the Field is Never Lonely 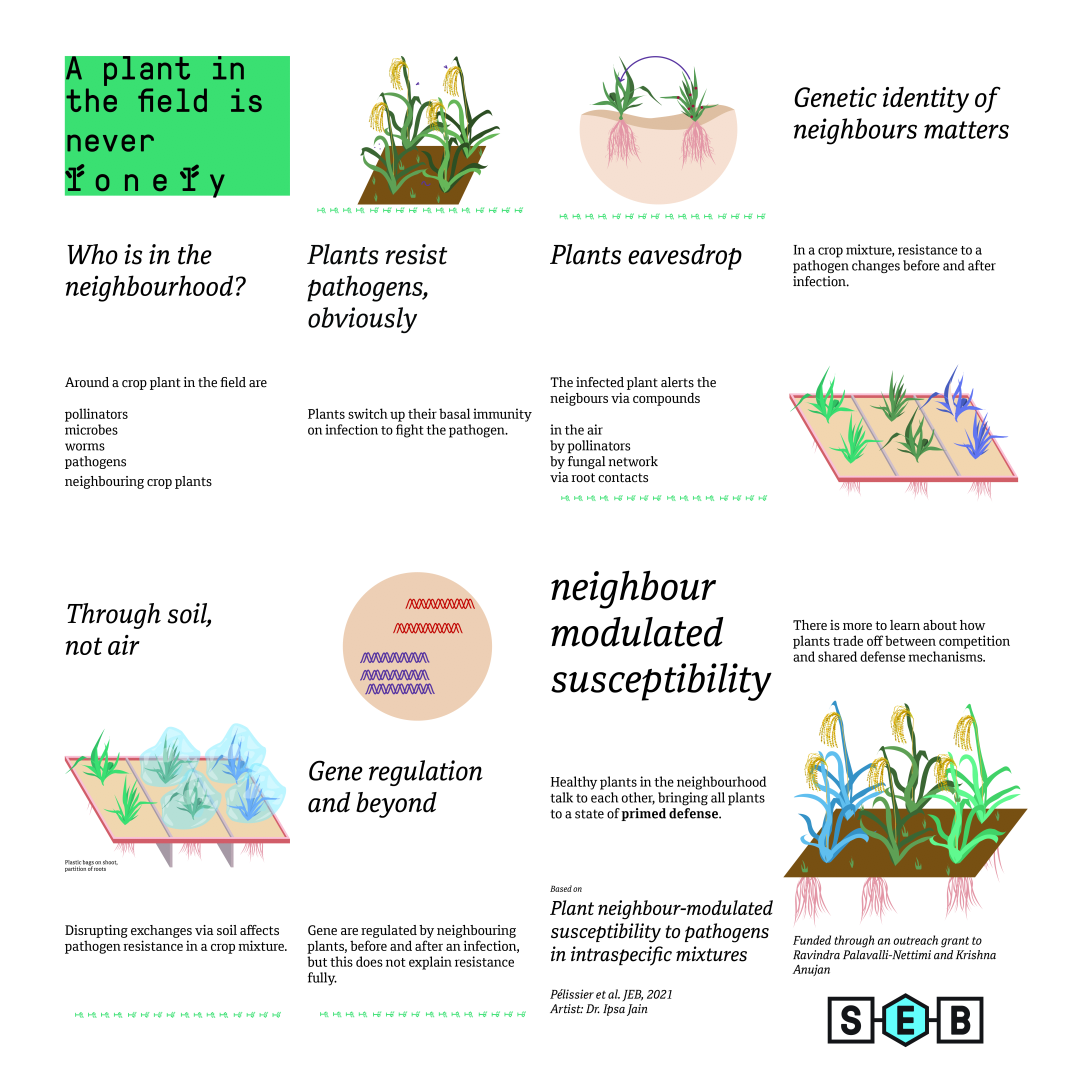 A poster divided in eight blocks entitled “A plant in the field is never lonely”.

Footnote has the official SEB logo and the written content is: Based on: Plant neighbour-modulated susceptibility to pathogens in intraspecific mixtures. Pélissier et al., JEB, 2021. Artist: Dr Ipsa Jain. Funded through an outreach grant to Ravindra Palavalli-Nettimi and Krishna Anujan.