A Tale of Time and Temperature

In 1966 a group of German physiologists around Jürgen Aschoff went underground to answer a burning question that has been on people’s minds ever since the invention of free will: what makes us tick? More precisely, are our daily habits and activities controlled by external factors or does our sense of time lie within ourselves with endogenous causes for daily rhythms such as sleep-wake patterns, oscillating brain activity, and undulating hormone production?

In the renown “Bunker experiment” volunteers, one of which was Aschoff himself, lived a “regular” life on their own terms in a subterranean flat for several weeks isolated from day light or any other factors that could signal the time of the day, all the while being analysed by the researchers who recorded their behaviour, body temperature and urine composition. The results from this study, and many more such experiments that followed over several decades, confirmed what had been observed in animal experiments before: even in the absence of external time-cues we retain a daily rhythmicity that is established by an internal self-sustained mechanism which oscillates with a frequency of approximately 24 hours, and is therefore called “circadian clock”. Exogenous influences such as day light and temperature serve as “Zeitgeber” (German for “time givers”) that synchronize our inner physiological day with the outer solar day in a process called “entrainment”. Circadian rhythms thus enable us to, in the words of Aschoff, “do the right thing at the right time” (Aschoff, 1965).

Although the clock is controlled in parts by certain brain regions in humans, a nervous system is not required for circadian rhythms, and they are also prevalent in other domains of life. Had Aschoff and colleagues brought some plants into their bunker and included them into the study design they would have made similar observations since metabolism, growth and development in plants are also controlled by a circadian clock. Fundamental processes such as photosynthesis and elongation growth show rhythmic alternations in activity throughout the course of the day. They are clock-controlled and remain even in the absence of environmental Zeitgeber. The underlying mechanism is a regulatory genetic network with interrelated transcriptional–translational feedback loops. Each feedback loop comprises a set of transcription factors called “Zeitnehmer” (German for time-taker) that are expressed at specific times of the day. They regulate cyclic accumulation of downstream-targets whilst integrating Zeitgeber-input to match metabolic activity with the environment.

Light is the most important external cue and its impact on circadian rhythms has been extensively studied. It has recently been found that the two evening-expressed clock components EARLY FLOWERING 3 (ELF3) and GIGANTEA (GI) are essential for and work together in light-entrainment of the clock in plants (Anwer et al., 2020). In the latest issue of the Journal of Experimental Botany the same group of researchers investigate if these two genes are also involved in conveying temperature changes to the circadian oscillator, a mechanism that is very little understood so far.  ELF3 and GI are likely candidates since they physically interact with the red-light photoreceptor PHYTOCHROME B (phyB) that also acts as a thermosensor. Furthermore, ELF3 itself has thermosensory capacities (Jung et al., 2020).

The authors analysed thermomorphogenic responses, i.e. morphological changes in response to temperature variations. For example, increasing temperature leads to faster growth of the hypocotyl, the stem area underneath the cotyledons, the first leaves that emerge in germinating seedlings. The cotyledons are also temperature-sensitive and adjust their elevation angle from erect in cold to planar in warm environments. The authors exposed wildtype plants, single mutants lacking either ELF3 or GI, and elf3 gi double-mutant seedlings to 24h temperature cycles with 12h at 16°C and 12h at 22°C. To uncouple the impact of light on the circadian clock from that of temperature, the experiments were run under constant light conditions. Wildtype plants and gi mutants dynamically adjusted both the hypocotyl growth rate and the cotyledon angle in response to temperature fluctuations, whereas these responses were absent or markedly decreased in elf3 and elf3 gi seedlings (Figure 1). To test whether the rhythmicity in the wildtype and gi mutant were truly clock-controlled processes and not merely responses to temperature changes, the temperature-entrained plants were released into constant 22°C conditions where they continued to show the rhythmic morphological changes, confirming that these are in fact endogenously regulated processes. The observed arrhythmia in elf3 mutants indicated that only ELF3 but not GI is essential for circadian rhythms under thermocycles.

ELF3 is part of the so-called ‘evening complex’, a tripartite core component of the circadian oscillator. In subsequent experiments the authors ruled out participation of the other two evening complex proteins LUX and ELF4 in thermocycle entrainment. Also, the confirmed thermosensor phyB appears to be not pivotal for thermosignal transduction to the oscillator, since phyB loss-of-function mutants also displayed rhythmic cotyledon movement under thermocycling conditions. It is therefore possible that ELF3 itself senses and feeds temperature information into the circadian clock. elf3 and elf3 gi mutants furthermore lacked oscillating activation of other key clock genes and targets, which underlines the significant function of ELF3 in clock setting and functioning during thermocycles.

Taken together, the results presented by Zhu et al. establish ELF3 as an essential temperature Zeitnehmer for the entrainment of the circadian clock to temperature oscillations in plants. The fact that physiological time-keeping mechanisms have evolved independently in different realms of life underline their adaptive significance, and the ability to anticipate predictable changes in the environment seems essential for optimal resource exploitation. However, the fitness advantage conferred by the circadian clock is at risk in the face of climate warming since discord between light signals and temperature cues may throw the delicately fine-tuned regulatory clock out of kilter. The new mechanistic understanding provided by Zhu et al. forms the basis for breeding future crops that are more resilient to increases in global temperature and continue to do the right thing at the right time. 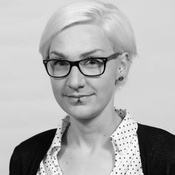