Throwback on the Science of Animal Sentience: Refining Experimental Biology: Videos on demand are available!

There is much discussion around the definition of sentience, which animal species may be sentient, and - very importantly - the implications of understanding and recognising animal sentience.

THROWBACK ON THE SCIENCE OF ANIMAL SENTIENCE: REFINING EXPERIMENTAL BIOLOGY

Please find below the videos of the event:

Animal sentience is a hot topic for scientists, policy makers and the public alike. There is much discussion around the definition of sentience, which animal species may be sentient, and - very importantly - the implications of understanding and recognising animal sentience.

The topic is especially relevant to SEB members, because many are at the forefront of the science that helps to inform our understanding of animal biology, behaviour and sentience. This knowledge underpins and develops essential legislation and policies, such as national Animal Welfare Acts, laws that regulate animal experiments, and Codes of Practice for kept animals in settings such as farms and zoos. In the UK at the time of writing, legislation that would require the government to consider how all policies could affect the welfare of sentient animals is passing through Parliament.

With this in mind, the SEB and RSPCA Animals in Science Department thought it would be timely to hold a meeting on the science of animal sentience, bringing together leading experts in the field of animal cognition and sentience and enabling members to discuss, and reflect on, the implications of the science for themselves and others. Our original plan for a face-to-face satellite meeting to SEB2020 was thwarted by lockdown, but over 100 participants from a range of different regions worldwide attended our online meeting on 21 September 2021.

Animal Welfare Research Consultant Helen Lambert began with a definition of sentience: the ability to feel both positive and negative emotions, and to be aware of a variety of states and sensations. There is an increasing body of research around animal sentience, and a systematic literature review found evidence for sentience across 57 Orders1. For example, green iguanas experience negative emotions when handled, and several reptile species experience sensory pleasure2. A new review of insect sentience and cognition in the literature found that many species are assumed and/or confirmed to possess cognitive abilities. Some may also feel emotional states such as stress; for example, emotions and pessimism have been reported in the honey bee.  Given the current promotion of farmed insects as a source of protein for humans and domestic animals, research is needed into  insect minds and humane farming methods.

Of course, the animal kingdom includes rotifera and cnidaria as well as cephalopods, crustaceans and vertebrates. Jonathan Birch (London School of Economics, UK) outlined some ‘hard cases’ with respect to sentience, such as nematodes. He set out eight types of anatomical, physiological and behavioural evidence that combine to infer sentience. One of these is evidence of motivational trade-offs, in which the disvalue of a noxious or threatening stimulus is weighed against the value of an opportunity for reward, leading to flexible decision-making (see bit.ly/birchseb). Five of the eight criteria have been confirmed for decapod crustaceans, with the other three unknown or unproven, which is enough evidence to apply the ‘Precautionary Principle’4 and increase their legal protection, e.g. by banning live boiling, as the Swiss Government did in 2018.

Next we took a look at sentience in molluscs. Jennifer Mather (University of Lethbridge, Canada) began with the case for cephalopod consciousness. Responses to pain have been observed, e.g. examining a damaged arm and mitigating damage, and cephalopods show highly flexible and intelligent behaviours. They are excellent and adaptable learners, capable of feats including reversal (flexibly adjusting behaviour when cues change their meaning) and episodic-like memory (remembering what happened, where and when). Other complex behaviours include planning for the future, evidenced by octopuses carrying coconuts to hide in if they encounter a predator. Theirs is a highly specific kind of consciousness, involving peripheral sensory-motor coordination but central decision-making, but cephalopods certainly possess minds.

Sarah Dalesman (University of Aberystwyth, UK) moved on to gastropods, with an overview of the evidence for sentience in snails. Analgesics have been demonstrated to reduce the response to noxious stimuli, indicating nociception at least. Conditioned taste aversion tests, where snails are trained to associate sucrose solution with a negative experience, have provided clear evidence that snails avoid negative stimuli. Conversely,  appetitive conditioning, in which snails are trained to associate a novel odour with food, have shown that they respond to positive associations to gain rewards. Cognitive bias tests, using ambiguous stimuli, even suggest that they prioritise recent experiences when decision-making. However, the tool kit for exploring sentience needs to be adapted for aquatic snails, living in a chemosensory world.

We moved back to vertebrates for the final two scientific talks. First, Catherine Williams (Aarhus University, Denmark) took a look at reptiles. Species of reptile, including bearded dragons and red-footed tortoises, have been reported to demonstrate social learning by imitation, gaze following, picture recognition and navigation by landmarks. Appropriate analgesics reduce behavioural pain responses in reptiles including red-eared slider turtles and ball pythons, and opiate receptors have been identified in the reptile central nervous system. Although reptiles may be regarded as physiologically resilient, there is growing interest in their cognition and evidence for sentience, and a clear need for appropriate pain relief in scientific or veterinary procedures that could cause pain.

Next, Lynne Sneddon (University of Gothenburg, Sweden) described the evidence for sentience in fishes. This included forming social relationships, e.g. in rabbitfish who take it in turns to be vigilant while a conspecific feeds and display direct reciprocity, where individuals help those who have helped them in the past. Grouper and moray eel cooperate during hunting, with communication and acting for mutual benefit between two species. Pain in fish has been demonstrated by neuroanatomy, physiology and behaviour, and emotional states have been identified too, with surgeonfish having reduced stress levels after a massage with a model cleaner wrasse (assessed via cortisol levels).  Other negative emotional states have also been observed in fishes, such as fear contagion, where an animal is distressed by the sight of a distressed conspecific.

Penny Hawkins (RSPCA, UK) ended the meeting with some thoughts on the ethical and animal welfare implications of better understanding animal sentience. Better science is a clear benefit, as an improved ability to infer the emotional states of animals should enable pain, stress or distress-related confounds to be reduced, improving translatability. Similarly, assessing animal welfare and evaluating the welfare benefits of refinements will be enhanced by a better understanding of animals. If the regulatory system you work under involves a harm-benefit analysis, or communicating with ethics committees, talking about sentience will help ensure a robust and empathetic decision-making process. And regardless of regulatory imperatives, paying due regard to animal sentience will help to develop a good Culture of Care, a universal requirement for humane science. 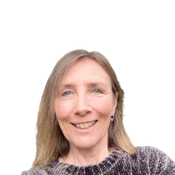 Penny Hawkins currently works at the Animals in Science Department, RSPCA Science and Policy Group. Penny's work focuses on ethical review and the refinement of animal care and use to reduce suffering and improve welfare.