Why are biologists embracing preprints? A look at trends, scooping, and the benefits of preprints for early-career researchers

Preprints in biological sciences have grown in strength over the last few years, supported by the launch of new preprint servers, increased awareness among researchers, and policies by some funders that recognise preprints as valid research outputs. While funder policies about preprints vary, as shown by the Australian Research Council’s controversial decision to disqualify grant applicants who included references to preprints,1 the US National Institutes of Health, the European Research Council, and a number of other funders accept preprints.2 Preprints were initially used mostly in disciplines like neuroscience, bioinformatics, and genomics; however, many fields in experimental biology have progressively adopted preprints. The number of preprints in biochemistry and cell biology, for example, increased by 700% from 2016 to 2020 (figure 1).

Journals have also contributed to this trend. Most journals in the life sciences accept the submission of papers deposited as a preprint, some operate workflows to easily transfer papers from servers such as bioRxiv to the journal, and others will offer you, during the submission process, the option of depositing the paper at a preprint server at the same time. In a further innovation in editorial policies around preprints, the journal eLife now only reviews manuscripts that have been first posted as a preprint.3

Figure 1. Number of preprints per year in the period 2011–2020 for the disciplines biochemistry & cell biology, ecology, plant biology, and zoology

As an early-career researcher, the first way to become involved with preprints is as a reader. Reading a preprint will allow you to stay up-to-date with the latest research without waiting until it appears in a journal several months or even a year later. This is critical when you are working on the same topic as other colleagues; the findings from the latest preprints could help you design experiments and plan new research lines. The other side of the coin is when a preprint reports similar findings as those you are working on, before you can wrap up your paper. This can also happen with journal publications, but unlike being “scooped” by a journal publication, preprints allow you to turn this dreaded moment into an opportunity. There are several examples of researchers who realised they were working in the same area after seeing a preprint, and they got in touch with each other to start a fruitful collaboration, often allowing them to also coordinate journal submission for their papers.4

Publishing preprints can be an incredible opportunity to start a new collaboration and receive constructive criticism. The fear of being scooped unevenly affects researchers in developing countries who may have access to fewer resources than well-funded laboratories. Strictly speaking, research published first in the form of preprints cannot be scooped, because the preprint provides a date-stamped permanent record of your work. In that sense, publishing a preprint puts you in a better position to discuss your work with the journal editors when it is completed. Journals are slowly incorporating scooping-protection policies that extend to the date of the preprint. Thus, what for some was a major concern about preprints is becoming their greatest strength: preprints can be used as a date-stamped flag to claim priority for a research result. This allows the fair use of preprints in collaborative research and open science. A personal experience could be useful to illustrate this case. While working on a prior project last year, my co-authors and I realised that another group had found a similar phenotype to the one that we were working on. We decided to collaborate to decipher this phenomenon, but when the time came to publish our findings, we realised that both stories were still significantly different in content and scope. However, we also knew that if we submitted the two papers and one of them was accepted by a journal before the other, the novelty of the second article could be affected. In light of this, we decided to wait until both manuscripts were ready to submit and, instead of following the conventional path of submitting both papers to the same journal as back-to-back papers, we submitted our preprints to bioRxiv on the same day. That way, we made clear that the papers did not seek to claim novelty over each other and allowed both papers to have completely independent editorial processes. Happily, the articles were published in different journals, without any question from the reviewers as to whom found the phenomenon first. This is a personal example, but there are many other ways in which you can take advantage of preprints. Do you want to share an unpublished result with a colleague but are afraid that the information could be stolen? Post a preprint. Do you have a manuscript that references your own work but is still under review? Publish a preprint and now you can cite it. Preprints speed up research in many ways, they promote open science, and they allow you to control when you share your work with the community.

Whether you use them to disseminate your work, to keep up with the latest developments in your field, or to contribute to review or curation initiatives, preprints have much to offer to early-career researchers. Wondering where to start? It’s simple: keep an eye on the latest preprints coming out in your area of research and start a conversation with your supervisor and collaborators about posting a preprint for your next paper. Chances are they have also been thinking about preprints!

Want to learn more about preprints? Check the resources available at ASAPbio’s Preprint resource center8 or join the ASAPbio Community9 to keep up to date with the latest developments and interact with others with an interest in preprints. eLife has set up an Early-Career Advisory Group10 as well as an Ambassadors programme11 to support early-career researchers in initiatives related to open science, including preprints. 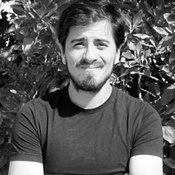 postdoctoral Research Associate in the Department of Plant Sciences, University of Cambridge

Facundo is a postdoctoral Research Associate in the Department of Plant Sciences of the University of Cambridge. His research is focused on molecular evolution and development of plants. He is also part of eLife’s Early-Career Advisory Group. 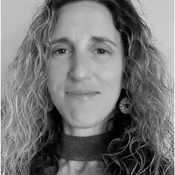 Iratxe is Associate Director at ASAPbio, in her role she supports initiatives to raise awareness about preprints and their productive use in the life sciences, Iratxe also manages the ASAPbio Community. Iratxe is involved with the Committee on Publication Ethics and eLIfe’s Ethics Committee, and co-leads the FORCE11 Working Group on Research Data Publishing Ethics.

The Ever-increasing Role that Sunflowers Play in Society

Many cultures around the world equate sunflowers with happiness and harvest. They have been used as a crop for thousands of years, having first been domesticated in parts of Northern America by Native Americans. With growing concerns over the Climate Crisis and food security, much research has been undertaken on crops to increase their yield, reduce emissions, and protect the viability of fertile land. Research related to sunflowers is having real-world impacts, including the creation of biofuels and eco-products using previously discarded harvest waste, and uses in pharmaceutical development.

Free Webinar on the Publishing Process

It is, therefore, a genuine honour and privilege to take up the position as incoming President at this time in the Society’s history, as we approach our Centenary Year in 2023

We are setting up three ‘member focus groups’ to promote wider discussions on how we can support and enhance Outreach, Education and Diversity

Exclusive for SEB Members - Mike Page, Managing Editor of the SEB Journal of Experimental Botany, discusses potential careers in academic publishing and what you can expect from the roles.