In conversation with Hiroshi Wada

‘Think unthinkable’: Hiroshi Wada’s personal motto seems highly appropriate for a plant physiologist who dedicated his career to realising the ambition a university lecturer shared with him during his undergraduate days.

In conversation with Hiroshi Wada 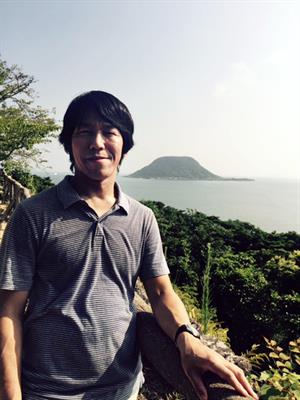 ‘Think unthinkable’: Hiroshi Wada’s personal motto seems highly appropriate for a plant physiologist who dedicated his career to realising the ambition a university lecturer shared with him during his undergraduate days. But when Hiroshi started his degree at Ehime University, Japan, in 1994, plants were far from his mind. In fact, he was more interested in architecture and engineering, until he attended a pivotal lecture by Dr Hiroshi Nonami, a pioneer in the field of water relations in plants. In particular, Dr Nonami introduced him to the plant ‘pressure probe’: a fine oil-filled glass microcapillary connected to a pressure transducer, used to measure the turgor pressure of individual cells, giving insight into the water status of the entire plant. “I was fascinated by how, using this simple instrument, we could combine our knowledge of physics and chemistry to reveal the hidden mechanisms controlling water relations in plants,” says Hiroshi. “I was also inspired by Dr Nonami’s collaborative work with the organic chemist Dr Rosa Erra-Balsells (UBA, Argentina) and his long-term goal: to combine the fields of plant physiology and analytical chemistry.” Specifically, Dr Nonami hoped to combine mass spectrometry with pressure probe techniques to simultaneously analyse metabolites and water status in individual plant cells.

Consequently, even though many of his friends opted for the ‘up and coming’ field of molecular biology, Hiroshi undertook his PhD studying how water potential gradients and turgor changes induce cell expansion in bulbous plants such as tulips. “I felt attracted towards doing the less popular thing. Besides, I could also see that the discipline of plant water relations would become more important owing to the impending global warming situation.” During this time, Hiroshi was heavily influenced by the work of Ken Shackel and Mark Matthews (UC Davis, USA) and in 2004 he realised his “ultimate dream” and moved to California to take up a post-doctoral position in their research group. 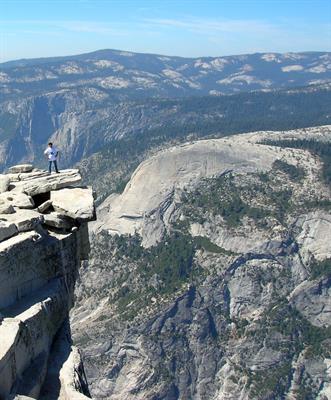 Despite crossing the Atlantic and having to adjust to the very different language and climate, Hiroshi thrived in his new surroundings. His research challenge was to understand the mechanism that causes grapefruit to soften during ripening. Using pressure probe-based methods, the group demonstrated that the accumulation of solutes such as fructose and glucose in the apoplast caused cells to lose turgor.1 “It was a real hub for plant water relations research, and I was thrilled to be working with so many researchers who were famous to me,” Hiroshi says. A keen player of Kendo (Japanese fencing), Hiroshi quickly found friends outside the laboratory when he joined a club in the next town. “I was soon asked to help instruct the classes, and ended up doing more Kendo in California than I had been in Japan. Even when the temperatures were at their hottest, we would put on our armour and nearly kill ourselves playing Kendo!” Hiroshi also discovered a new pastime when a colleague introduced him to hiking in Yosemite National Park, and he even conquered his fear of heights by climbing to the summit of the iconic Half Dome mountain. “I still remember looking around at the spectacular view and feeling like I was a part of nature—that was amazing!”

Despite enjoying his time at UC Davis immensely, by 2008 Hiroshi felt the calling to return to his native Japan. “I was aware that Dr Nonami was collaborating with Dr Satoshi Morita to develop a prototype instrument which combined mass spectrometry with a pressure probe. This would finally achieve the dream he had spoken of during my undergraduate days.” Hiroshi joined them by taking up a Research Fellow position at the National Agricultural Research Center for Kyushu Okinawa Region and began to study mass spectrometry. “There were various points that needed to be improved in the prototype instrument. Our main challenge was to increase both the resolution and sensitivity of the instrument, whilst retaining the function of the pressure probe,” says Hiroshi. The result was an extremely precise and sensitive system, capable of performing metabolite analysis for picolitre cell sap solutions in living plants, called picolitre pressure-probe electrospray-ionisation mass spectrometry (picoPPESI-MS).2

To demonstrate their machine’s capabilities, the laboratory chose to investigate the phenomenon ‘chalky rice.’ This occurs when developing rice grains are exposed to hot and dry wind conditions, and results in an opaque region forming in the central endosperm, which reduces grain quality and palatability. Because of global warming, chalky rice is becoming increasingly prevalent, and may affect up to a third of rice paddy fields in Japan by 2040. “This was an ideal case study to test our prototype on because we knew that chalky rice is a cell-specific event, and therefore we needed to perform metabolite analysis at the cellular level,” says Hiroshi.

Using a combination of transmission electron microscopy and picoPPESI-MS, Hiroshi and his colleagues found that the chalky rice phenomenon is predominantly caused by partially reduced starch synthesis under dry wind conditions. To maintain turgor pressure despite the reduced starch levels, the inner cells of the developing kernels accumulate solutes in vacuolar components. When the grain dries out, these vacuoles remain, forming air spaces that cause random light reflections, resulting in the chalkiness.3 “We now believe that an increase in vacuolar components through osmotic adjustment may be a universal cellular event that precedes chalky formation under other stress conditions, such as heat stress,” says Hiroshi.

Having demonstrated picoPPESI-MS so effectively in rice, a chance introduction at the 2017 SEB Annual Meeting in Gothenburg gave Hiroshi the opportunity to apply the technique to a completely different system. After giving a talk on his work during the ‘General Plant and Cell Biology’ session, he was approached by Anna Kärkönen from the Finland Natural Resources Institute Finland (Luke), Finland. As a perfect example of how the SEB excels at bringing different researchers together, this led to a new collaboration to understand which cells contribute to lignin production in the xylem of Norway spruce trees. “It was a brilliant experience, because we were able to poke into the cells in developing xylem of the trees,” says Hiroshi. “Using picoPPESI-MS, we detected lignin precursors in the parenchymal ray cells in the xylem, demonstrating for the first time that they contribute to lignin formation.”4

Despite the disruptions that the COVID-19 pandemic caused for his research, Hiroshi is looking forward to the future. In April 2020, he moved back to where his career began and took up the position of Professor at Ehime University. “It feels amazing to me that I have now stepped up to Dr Nonami’s position,” he says. “The aims of our lab are to further improve picoPPESI-MS and use it to understand cell heterogeneity in a whole range of physiological processes, including ripening, pollination, and fruit development.” Outside the laboratory, he still enjoys hiking and plans this summer to visit Mount Ishizuchi, one of the famous sacred mountains of Japan.

“When I was 19, Dr Nonami once said to me ‘Plant water relations and mass spectrometry will be merged in the future. Once merged, you will know there is a spectacular world out there.’ Through my research, I would like to prove what Dr Nonami said to me is true.”

“I felt attracted towards doing the less popular thing. Besides, I could also see that the discipline of plant water relations would become more important owing to the impending global warming situation.”

“I was aware that Dr Nonami was collaborating with Dr Satoshi Morita to develop a prototype instrument which combined mass spectrometry with a pressure probe. This would finally achieve the dream he had spoken of during my undergraduate days.”

“I still remember looking around at the spectacular view and I feeling like I was a part of nature—that was amazing!” 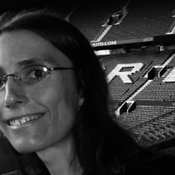 Caroline Wood was the SEB’s 2014 science communication intern. Since then, Caroline has been a regular contributor the SEB, reporting on events and writing insightful features for our members.

Caroline has an undergraduate degree from Durham University in Cell Biology and is currently a PHD student at Sheffield University studying parasitic Striga weeds that infect food crops. You can read her blog here.