Each year at our Annual Meeting, we honour George Parker Bidder and Harold Woolhouse with two key Plenary Lectures. These lectures, along with the Cell Biology Plenary Lecture, are given by scientists prominent in their field and are nominated by the committees of their respective sections. 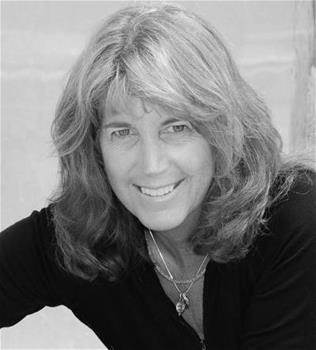 The rate of animal extinctions has accelerated in recent years, such that the calculated average rate of vertebrate species loss over the last century is 72-100 times greater than expected from natural background rates. As field biologists we are now witness to the underlying mechanisms driving this sixth mass extinction during our scientific lifetimes. This affords a unique opportunity to predict and perhaps mitigate paths leading to further accelerated species loss. In this study, we examine how evolutionary processes in animal design conspire with modern anthropogenic pressures to challenge the survival of marine-living mammals. Marked morphological and physiological modifications necessary for transitioning from land to the sea not only represent adaptive benefits, they also provide insights into biological vulnerability (Biological Achilles’ heels) to human-induced disturbances. We find that the most recently evolved (< 10 MYA) marine-living mammals, represented by polar bears and sea otters, incur higher energetic costs for locomotion and thermoregulation compared to highly-adapted marine species from older (> 50 MYA) lineages as represented by cetaceans and manatees. Along with the energetic challenges, fur insulation and paddling forms of swimming leaves marine bears and otters vulnerable to the impacts of catastrophic oil spills. Conversely, extreme specialization for aquatic thermoregulation, swimming, and deep-diving by species such as cetaceans avoids these energetic problems, but can lead to increased susceptibility to environmental perturbations including extreme temperature changes and oceanic noise. In general, preventing extinctions will depend on species-specific solutions, which can be facilitated by recognizing how animal were originally built to survive.

Terrie M. Williams, PhD is a comparative ecophysiologist at the University of California- Santa Cruz. She is the Director of the Center for Marine Mammal Research and Conservation at UCSC. For the past 30 years her research has investigated the physiology of large mammalian predators. Specifically, Dr. Williams and students are trying to understand “how animals survive” in a world that is constantly changing. By examining the functional relationships between animals and their environment, these researchers hope to understand the ecological significance of a species and the physiological adaptive changes that may be necessary for its survival. Her publication credits include over 100 scientific articles a recent book, “The Odyssey of KP2” (Penguin Press) detailing her efforts to save the endangered Hawaiian monk seal. 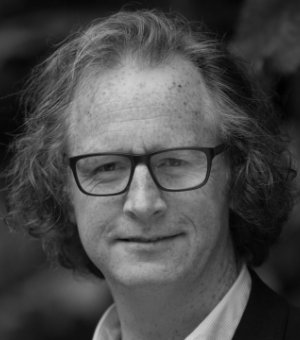 The evolution of the first rooting systems some time before 400 million years was a key innovation that occurred when the first complex multicellular eukaryotic photosynthetic organisms – plants – colonized the land. The rooting systems of the earliest diverging group of extant land plants comprised unicellular tip-growing filaments called rhizoids and are morphologically similar to cells that develop at the interface between the plant and the soil in vascular plants – root hairs. Subsequently specialized axes – multicellular structures that develop from self-renewing populations of cells called meristems – with evolved that carry out rooting function. A major aim of our research is to use fossils and genes to understand key events in the evolution of land plant rooting systems. Fossils demonstrate the variety of forms that existed and how these forms developed. We have identified the oldest rooting structures with meristems. Genetics has allowed us to define the regulatory mechanisms that controlled the development of the first land plant root system and demonstrate how these mechanisms changed during the course of evolution. This positive regulatory mechanism is preserved in most land extant plant lineages. By contrast, negative regulatory components of the mechanism evolved independently in different lineages and some are more than 300 million years old. By combining evidence from paleontology, genetics and development we can construct a picture for the evolution of rooting systems that occurred in the 100 million years after plants colonized the land and radiated across the continental surfaces.

Liam Dolan graduated with a BSc degree in Botany at University College Dublin. He carried out PhD research on plant developmental genetics at the University of Pennsylvania with Scott Poethig. After 13 years running his own research group at the John Innes Centre in Norwich, he moved to the University of Oxford as the Sherardian Professor of Botany in 2009. He was elected fellow of the Royal Society in 2014. His research identifies mechanisms controlling development of cells that elongate by tip-growth and investigates how these mechanisms evolved in the course of plant evolution. 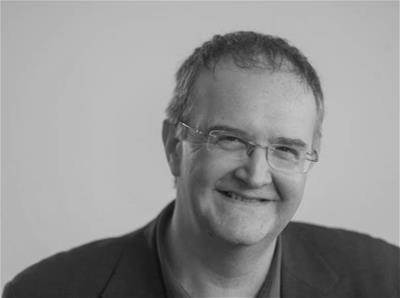 Magnaporthe oryzae is the causal agent of rice blast, one of the most serious diseases affecting rice cultivation around the world. The fungus also causes wheat blast, a disease that now threatens wheat production in South America and South Asia. During plant infection, M. oryzae forms a specialised infection structure called an appressorium. The appressorium generates enormous turgor, applied as mechanical force to breach the rice cuticle. We are studying the mechanism by which appressoria function. Re-polarisation of the appressorium requires a hetero-oligomeric septin GTPase complex to organise a toroidal F-actin network at the base of the infection cell. Formation of the septin complex requires a turgor-dependent sensor kinase required for re-polarisation of the appressorium and development of a rigid penetration hypha to rupture the leaf cuticle. Once the penetration peg is formed, the fungus undergoes differential expression and secretion of a large set of effector proteins, many of which are directed into plant cells using a specific secretory pathway. The fungus develops invasive hyphae that fill epidermal cells. M. oryzae then manipulates pit field sites, containing plasmodesmata, to facilitate its spread from cell-to-cell in plant tissue. This cell-to-cell movement is controlled by a specific MAP kinase signalling pathway and requires septin-dependent hyphal constriction to enable the fungus to spread rapidly in plant tissue. I will discuss recent progress into understanding the mechanisms of invasive growth by this devastating pathogen.

Nick Talbot is Executive Director of The Sainsbury Laboratory. His research is focused on the biology of plant diseases and he utilises a range of cell biology, genetics and genomics approaches in his work. Nick is interested in fungal infection-related development and understanding how fungi are able to invade plant tissue and suppress plant immunity. His main contributions to have have been associated with understanding the biology of the rice blast fungus Magnaporthe oryzae. He has authored more than 150 scientific papers and was elected a Fellow of the Royal Society (FRS) in 2014.


The 2022 Annual conference will take place in Montpellier social distancing measures will be implemented throughout the venue. Please click here  to view the requirements for Montpellier before you travel.