The Nuclear and Chromatin Dynamics Group fosters research into structural nuclear components and their role in the regulation of nuclear dynamics and morphology, chromatin organization, gene expression, development and interaction with the environment in v

These mechanisms are important in many different biological contexts, such as a bacteria responding to nutrients, yeast to hormones, human cells to drugs and plant cells to environmental stress. The aims of the group are to elucidate the key cellular components that are important in such signalling pathways and in particular resolving the major conundrum of how specific information is encoded in cells.

Key players in cellular function include receptors and effector proteins, proteins involved in post-translational regulation, as well as second messengers such as calcium and reactive oxygen/nitrogen species and the group is active in all these areas. Apart from being academically important, the identification of key players in cellular function will allow better drug design for human health, antibiotics against harmful microbes and targeted breeding for crops with improved stress tolerance, all grand challenges for the 21st century. 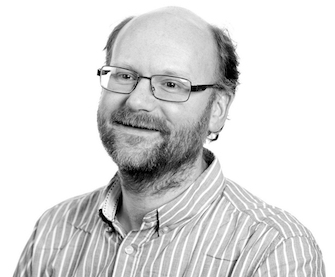 Adam graduated from St. Catherine's College, Oxford, with first class honours in Biochemistry and obtained his PhD in transplantation immunology with Prof. John Fabre at the Institute of Child Health, University College, London. Following two postdoctoral fellowships in the Netherlands, Adam established his laboratory at Durham University, investigating both the quality control of proteins involved in antigen presentation and the machinery that controls oxidative protein folding. The Benham laboratory is particularly interested in how these fundamentally important biological pathways underpin human and animal health. For example, the group discovered a novel member of the Protein Disulfide Isomerase (PDI) family called PDILT that is required for sperm:egg binding (in collaboration with Osaka University, Japan). This work may lead to the development of new tests and cures for unexplained male infertility.

Work in the group on immune molecules (the Major Histocompatibility Complex or MHC) seeks to explain how these proteins are loaded with their peptide cargo and how oxidative protein folding, cellular stress and chaperones contribute to their quality control. This has applications in understanding neoantigen presentation and in the design of cancer vaccines.

Other studies in the Benham laboratory have revealed links between the ER quality control machinery and gastrointestinal disease (in collaboration with clinical colleagues at James Cook University Hospital, Middlesbrough). Most recently, Adam’s group have also been harnessing new microscopy and quantitative proteomics technologies (SWATH) to explore the biology of proteostasis and stress responses in the skin (in collaboration with P&G), including extracellular matrix proteins such as collagen. 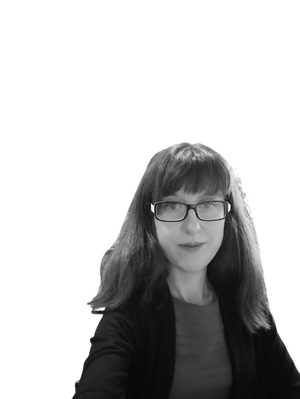 Mónica Pradillo graduated in Biology with a major in Genetics at the Universidad Complutense de Madrid (Spain). In February 2009, she defended the doctoral thesis "Recombination and chromosome segregation in meiotic mutants of Arabidopsis thaliana". The thesis was supervised by Prof. Juan Luis Santos. Currently, Mónica Pradillo is a Lecturer (February 2019) in Department of Genetics, Physiology and Microbiology (Universidad Complutense). This position allows her to combine teaching and research tasks. She has combined her teaching activities with two three-month stays, one of them abroad (Imperial College, London, UK) for which she obtained an EMBO grant (May-August 2012).

She has participated in five Spanish and in four European research grants, which has allowed her to maintain synergistic interactions through collaborative research and training networks. She has supervised three PhD students and is the author of more than 30 articles. In 2015, she received the award “Distinguished Young Investigator” by the Spanish Society of Genetics for the relevance of her scientific contributions.

Her research career has been mainly focused on the study of homologous recombination in meiosis and DNA repair using the model species Arabidopsis thaliana. During the postdoc, she analyzed the meiotic function of small RNAs, as well as the control of crossovers and the function of nuclear envelope-associated proteins in chromosomal dynamics during meiosis. Currently, her research focuses on determining the relation between the dynamic chromosome structure and nuclear organization in the context of meiotic recombination, using a combination of molecular cytogenetics and molecular cell biology approaches.