In 2005, the late Dr. Gerry Neuffer found a strange, stunted maize seedling during a mutant screen. He showed the mutant to Dr. Sarah Hake, an expert on maize developmental genetics. Hake noticed that the plant had distorted ligules, which normally demarcate the boundary between leaf blade and sheath in grasses. She determined that the plant was harbouring a mutation in a gene she named Liguleless narrow (Lgn), eventually demonstrating that the gene encodes a receptor-like kinase.

That same year, Hake found another interesting dwarfed mutant in her own experiment, which she named narrow odd dwarf (nod) (Figure a). What intrigued Hake most about this mutant is how different the phenotypes were in different cultivars. In B73, the mutants had narrow leaves with no differentiation between blade and sheath. However, mutants in the Mo17 background were nearly indistinguishable from wild type. In the A619 background, the phenotype was intermediate between B73 and Mo17. Interestingly, this feature was reminiscent of the Lgn mutation, which was also most severe in B73 (Figure b).

After years of careful study, they showed that NOD encodes a putative mechanosensitive Ca2+ channel that seems to be involved in coordinating internal and external cues to regulate growth and patterning. To study it further, Hake enlisted the help of two of her post-docs, Dr. Jacob Brunkard and Dr. Jazmín Abraham-Juarez. Brunkard describes this as a marriage of expertise, with him using genomics and metabolomics to unravel signalling events, Hake focusing on the genetics and developmental phenotypes, and Abraham-Juarez using biochemical approaches to map protein-protein interactions. Abraham-Juarez made the next breakthrough in this story, finding to everyone’s surprise that the LGN protein can interact directly with the NOD protein. Considering these two genes with similar mutant phenotypes seem to act in an overlapping pathway, they decided to generate double mutants to further characterise their functions.

The double mutants had even more severe developmental defects than either single mutant, meaning that the two genes have cumulative effects on growth and development. To take a deeper look, they turned to global profiling methods, namely metabolomics and transcriptomics. The transcriptomic results showed that there was a huge overlap in differentially expressed genes (DEGs) between the nod and Lgn mutants (Figure c,d).

The researchers then analysed the transcriptome of the double mutant, and found that although more DEGs were detected, there was very little discord between the single and double mutant transcriptomes. They also found that transcripts of genes involved in biotic stress responses and secondary/specialised metabolic pathways were more abundant across the mutant genotypes, while transcripts of genes involved in cell division and cell cycle progression were less abundant. That is, plants with mutations in either NOD or LGN were constitutively stressed and could no longer reach a balance between stress responses and growth, leading to their severely stunted phenotypes.

The metabolomic results also supported the idea that NOD and LGN are broadly involved in similar processes, with the double mutant displaying the most severely disrupted metabolic phenotype. Metabolites involved in biotic stress responses were more abundant while metabolites involved in growth and development, such as free amino acids, cell wall synthesis intermediates, and growth-regulating phytohormones, were less abundant. NOD and LGN therefore appear to be key components of the growth-defence tradeoff.

Although their precise molecular mechanisms remain unclear, NOD and LGN seem to work in tandem to affect biotic stress responses. Brunkard says this finding might allow researchers to develop plants that can resist stress without sacrificing yield, moving past the growth-defence tradeoff. However, both he and Hake seem most enthusiastic about the differences they observed in these mutants across different genetic backgrounds.

Hake has recently retired to her farm on the coast of California. Brunkard is now an assistant professor at the University of Wisconsin, Madison, where he continues to study NOD and LGN as well as the TARGET OF RAPAMYCIN (TOR) signalling network, another important regulator of growth-defence tradeoffs. Abraham-Juárez started her own research group at Langebio, CINVESTAV in Mexico, where she also continues to investigate NOD and LGN, specifically their roles in plant immunity. 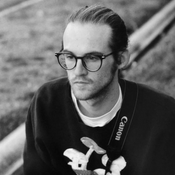