he SEB President’s Medals are awarded annually to young scientists of outstanding merit. This year’s awards will be presented at the Annual Meeting, SEB Seville 2019, which takes place from 2 - 5 July 2019. There is one award per section of the SEB (Animal, Cell, Plant).

Many congratulations to our very worthy winners of the 2019 SEB President’s Medal awards. 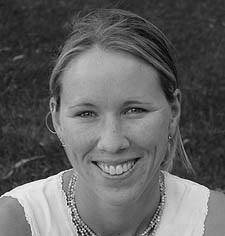 Sonya is an integrative biologist whose research focuses on understanding how organisms cope with environmental challenges. She is particularly interested in the role that metabolic constraints play in determining organismal performance across different environmental contexts and over ecological and evolutionary timescales. This keen interest in energetics was inspired by her work on how early environmental conditions shape energy allocation decisions later in life, first during her PhD under the supervision of David Reznick at the University of California-Riverside and then as a postdoctoral researcher with Tom Martin at the University of Montana.

Her more recent work as a postdoctoral researcher with Neil Metcalfe at the University of Glasgow probed deeper into ‘eco-evo-energetics’ and demonstrated important links between metabolic rate and key fitness-related traits, that metabolic rate is under selection in the wild, and that evolutionary changes in metabolic rate can facilitate life history adaptations to environmental challenges. She is currently a Visiting Assistant Professor in the Biology Department at Williams College where her research extends this earlier work to consider how metabolic impacts on organismal performance at the individual level scale up to influence population dynamics and broader geographic patterns of local adaptation in wild fish populations.
See Sonya's Profile 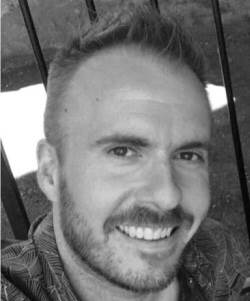 Daniel Gibbs’ research is focused on understanding how plants use targeted protein degradation (proteolysis) as a mechanism for sensing and responding to signals derived from their environment. His group utilises diverse molecular approaches to uncover new functions for proteolysis during plant growth and stress responsiveness. Current projects - funded by the BBSRC and an ERC starter grant - are investigating roles for co-translational protein degradation in plant development, and exploring how proteolytic control of chromatin modifying proteins regulates epigenetic responses to environmental change.

After completing his PhD on lateral root development with Dr. Juliet Coates at the University of Birmingham, he joined the lab of Professor Michael Holdsworth at the University of Nottingham in 2009, where his postdoctoral work helped to delineate the molecular basis through which plants perceive and respond to low-oxygen stress and the signaling molecule nitric oxide. In 2012 he began a Nottingham Advanced Research Fellowship, before moving to a tenure-tracked position at the University of Birmingham in 2013, where he is currently a Senior Research Fellow. In that same year he received the ‘Outstanding scientist award’ from the International Society of Plant Anaerobiosis (ISPA) for his contributions to our understanding of oxygen signaling in plants. 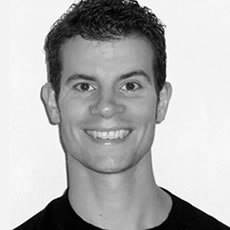 Iain read Natural Sciences at Cambridge and did his D. Phil. in Theoretical Physics at Oxford with Ard Louis. After a post-doctoral position in Oxford with Nick Jones looking at mitochondrial heterogeneity, he took up an MRC Career Development Award at Imperial College to further explore the fascinating, dynamic populations of mitochondria in our cells, how they evolve over our lifetimes and throughout history, and how we can address diseases that result from their dysfunction. He currently leads the Stochastic Biology group at Birmingham, exploring biological processes where random influences make an important impact on the world.

Iain’s work has provided new theoretical foundations to understand the genetic and physical dynamics of organelles within cells, how organelle mutations proliferate and are transmitted between generations, and how diseases may result from this transmission. Parallel to this cellular work, his group explores the evolutionary history of organelles, including why some genes and not others have been retained in mitochondria across eukaryotes, and fundamental evolutionary parallels between mitochondria and plastids. His research programme combines computational experiments, where hypotheses are tested using powerful tools from statistics and model selection, with laboratory and field experiments to validate these in silico findings.

Iain’s work on mtDNA gene retention was Science’s “favourite news story of 2018”; his research has been published in Nature, Nature Communications, PNAS, and other top journals, and featured in Science, Nature, New Scientist, Scientific American, The Economist, the BBC, and others worldwide. He is currently funded by (and grateful to!) the EPSRC, BBSRC, MRC, and ERC