The SEB President’s Medals are awarded annually to young scientists of outstanding merit. This year’s awards will be presented at the SEB Annual Conference 2021, which takes place from 29 June - 8 July 2021. There is one award per section of the SEB (Animal, Cell, Plant).

The 2020 President Medallists are: 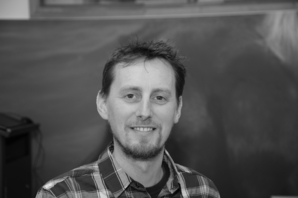 Dr Florian Muijres studies the biomechanics and aerodynamics of animal flight. Throughout his career, he has studied the biofluidmechanics of all extant groups of flying animals: birds, bats and insects.

During his PhD at Lund University, Sweden, he studied the aerodynamics of bird and bat flight. Here, he showed that birds and bats can hover because they produce leading edge vortices on their rapidly beating wings. And he showed that the aerodynamic efficiency of flying birds is higher than that of bats, owing to the presence of feathers in bird wings versus a flexible wing membranes in bats.

He did his postdoctoral research at Dickinson Lab, University of Washington, Seattle, USA. Here, he studies the aerodynamics and manoeuvre control of fruit flies. This allowed him to show why it is so difficult to swat a fly: flying flies produce extremely fast and precisely-controlled escape manoeuvres.

Currently, Florian Muijres runs his animal flight lab at the Experimental Zoology Group of Wageningen University, The Netherlands. For his research on insect flight, his lab focusses on insects with societal relevance such as malaria mosquitoes and pollinating bees. Florian’s bird flight research primarily focusses on the link between the biomechanics of animal flight and movement ecology. The research of Florian Muijres is positioned at the interface between biology, physics and ecology, which requires a highly interdisciplinary lab housing specialists in aerospace engineering, control theory, biology and ecology. 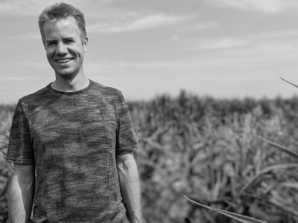 Growing up in an area of The Netherlands with an abundance of glasshouses, Johannes became interested in plants at an early age. He obtained his BSc and MSc in Plant Sciences at Wageningen University (NL). In 2007 he was awarded the Alexander James Keith PhD studentship to work with Prof. Howard Griffiths at the University of Cambridge (UK), where he studied the effects of light limitation on the efficiency of the carbon concentrating mechanism in C4 photosynthesis. After finishing his PhD, he worked as a research scientist in greenhouse horticulture in Wageningen (NL) for three years, focusing on crop management strategies to optimize photosynthesis and energy use efficiency.

In 2013, he joined the Realizing Increased Photosynthetic Efficiency project team in the lab of Prof. Stephen Long at the Carl R. Woese Institute for Genomic Biology (University of Illinois, USA). Here his work focused on the impact of photoprotection kinetics on the efficiency of photosynthesis during sun-shade transitions. This research led to a major breakthrough when faster recovery of photoprotection in transgenic tobacco was found to increase photosynthetic efficiency and productivity under field conditions.

Since September 2018 Johannes has returned to Cambridge as a fellow at Pembroke College and a University Lecturer in the Department of Plant Sciences, where he employs a range of techniques from ecophysiology, mathematical modelling, biotechnology and genetic engineering to study plant physiology at the nexus of basic understanding of plant function and applications to improve sustainability and food security. 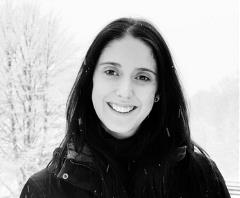 Single-molecule techniques available today avoid ensemble averaging and allow capturing previously unobtainable detail on heterogeneous behaviour, rendering them incredibly powerful in elucidating cellular mechanisms at the molecular level. Throughout her research career, Stefanie has been interested in applying these methods to link the dynamics of chromatin properties with biological processes.

In 2013, she joined the lab of Prof. Caroline Dean (UK). During this time, she used live-cell imaging approaches and single-molecule RNA detection methods to study the importance of nuclear organization and long non-coding RNAs for transcriptional regulation.

In 2018, Stefanie established her research group 3D organization of the cell nucleus at the Department of Plant Biology (SLU, Uppsala - Sweden). There, she continues her focus on using single-molecule tools to study how the spatial-temporal organization of the chromatin affects regulatory processes at the level of transcription, but also how it impacts genome stability and DNA repair mechanisms in Arabidopsis thaliana.